Why Did We Get A Mini Trampoline? 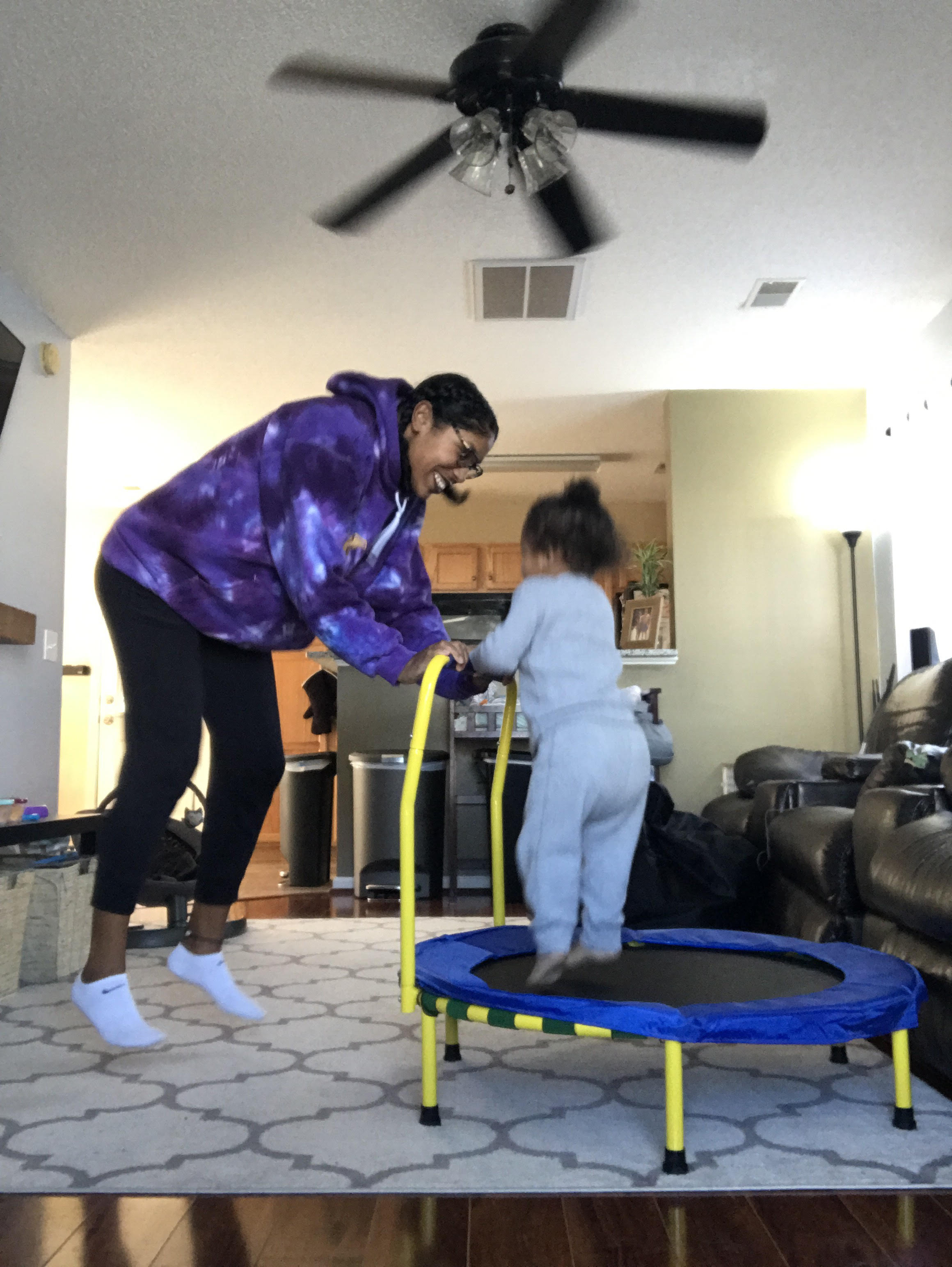 I have to say, one of my favorite aspects of Jackson’s therapies besides him getting the help he needs is us as parents learning what he responds to. The most alarming one so far: trampolines. I knew J loved our friends trampoline at her house but never considered it therapy. Once he learned the action of jumping, there was no stopping him! Then his OT saw him bouncing a lot during one of their sessions & she brought it up to me. “Does he like jumping or the up & down movements? Have you considered a trampoline?” As soon as she said it, it’s like a lightbulb went off in my head.. DUH JESSIE!! Plus now I had a legit reason to get one for our household rather than just “I want one” hahaha.

We just got the mini trampoline for in the house & are in the process of getting a large one for the backyard for his Summer therapy sessions [& myself, let’s be real]. I’ve received a lot of questions on if J likes it, reasons why we got one, the specific benefits of the trampoline for Jackson, etc. So I figured I’d type it all out here :) Please keep in mind I’m not a therapist of any kind myself. I’m simply explaining why this works for MY babe.

REASONS WHY TRAMPOLINE THERAPY IS USED FOR AUTISM

BE ACTIVE RATHER THAN NOT

If you’ve spent time with Jackson, you see how visually driven he is. In other terms, he’d prefer to watch movies & play games on the iPad rather than actually play a game with anyone. Because that could be extremely habit forming & therefore lead to other issues like isolation, poor muscle tone & probably weight issues, having an active option creates that balance. Trampoline therapy, also called rebound therapy, assists in developing necessary muscle tone, burns calories, improves posture, balance & head control.

I remember being asked if Jackson did parallel playing & I didn’t understand it. Now I do. It’s when the kid plays solo next to [parallel] to other kids. Like they prefer to play by themselves & that’s exactly what J does. Free of rules & no direct contact with others - it’s perfect. I took it as him being social because he still wanted to be BESIDE them but not necessarily play with. Having a mini trampoline provides him that opportunity to play in his own area. Providing Jackson with trampoline therapy gives him a way to exercise inside & work off his energy at his own pace.

It’s known that one of the coping mechanisms for kids with autism is repetitive movements. & if you know J, you’ve seen his. Head shaking, blinking, spinning, etc. Kids do these movements to stimulate themselves to stay calm, to center themselves. However, these mechanisms are usually looked at like they’re something wrong. The repetitive motion that the trampoline provides is the self-stimulating sensation [or stimming] kids are seeking. Basically, the trampoline provides the stimming Jackson needs while still having fun!

This was probably the most obvious one for me. Many kids with ASD lack body & spacial awareness. Rebound therapy assists with the different rocking, running in place, & bouncing patterns. Being on a trampoline allows them to find their center & respond efficiently to each land. It teaches them how to steer their body & adapt to different shifts. It also allows J to register his surroundings, meaning he can literally feel how much area he’s taking up in the room. His sensory thing is space so that’s also why he likes to fit in small spaces & lay flat on the floor. He has to literally feel his surroundings to feel better. That’s why he’s the happiest bouncing & running free :) 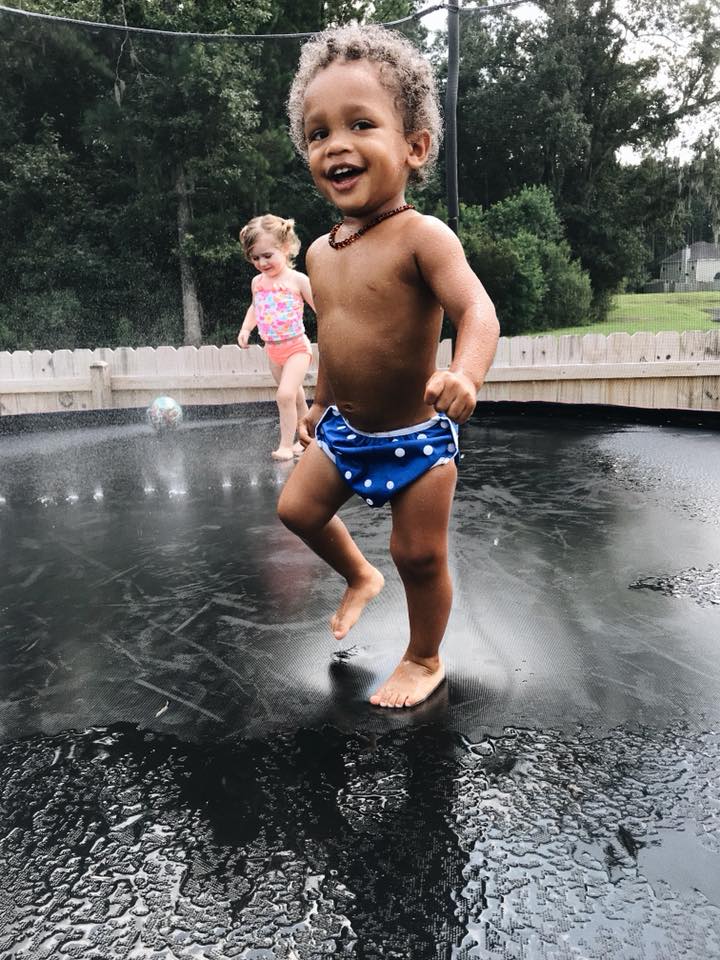 So far, Jackson is absolutely in love with it! He will bounce as hard as he can while he watches his shows. It’s pretty nice considering he used to just sit on the couch beside us & watch so now he can bounce while watching! He’s even showed the therapists how much he likes it & now we’re starting the process to sign “jump” whenever he’s on it :)

I hope this answers some questions you guys may have & you’ve learned something new! Feel free to ask any questions you may have!

We got Jackson THIS trampoline from Amazon & haven’t decided on which full size one we’ll be getting for the backyard.