Losing my Faith in God

I lost my faith in God when my Momma died. There were & still are so many other terrible people in the world that deserve that pain & I will never understand why it happen.

Quick recap on her death. She died of a stroke which then led to a brain aneurysm, coma & her never waking up. This all happen in a 24 time frame. She was in Charleston with my Dad while Paige & I were in NN, Va. I think we were on the plane when she took her last breath & was gone by the time we got there. Momma had a 'rocky' health 5 years before she passed with triple bypass surgery & was definitely taking care of herself (I still remember the heart shaped pillow with stitches she got from the hospital) - she was a regular at Zumba & Jazzercise (she was one of the ladies in the front with the super extra shiny, noisy shawls. Yeah, that was her!) but it wasn't enough. My last image of her is a lump of her hair shaved off because they tried to relieve the pressure of her skull by opening it, her face slumped from the stroke & a tube in her throat. It actually fuzzy now because I have a different picture of on my nightstand from before she even met my Dad. That's how I want to remember her & it's working!

Before it happened & we all lived under the same roof in NN, we were super involved in our Catholic Church. Like at one point, you could have said is was all Paige & I knew besides school. We'd go early on Sundays to help set up food, choir practice & hangout (we voluntarily chose to hangout at the church. Let that sink in.), actual 2 hour Mass then we stayed after for Sunday school & youth group (LifeTeen). We'd also occasionally hangout on the main field for ultimate frisbee & went on every religious retreat you could think of in a 2 year span, Steubenville at Franciscan University being the winner. Like I said, we were involved. Thinking back on it now, I'm not entirely sure if I was going through the motions for parts of it but there were points when it was the realest thing in my life. I remember one Steubenville trip, they had us close our eyes & pray for something we needed right then. At that time, my relationship with my Dad was awful (no specifics) but I just wanted to hear him say he was proud of me. SO CORNY but it was hard to come by. There were a lot of 'good job's & 'that's awesome' but no proud. I prayed & found myself on the edge of a cliff with a ball of light floating in front of me. Out of it came my Dads voice giving me the praise I'd wished I'd heard before & I called that ball God. He'd heard my pathetic prayer & answered it in this form. Call it cliche, stupid, whatever but that was what I got & I didn't question it. Until Momma died. 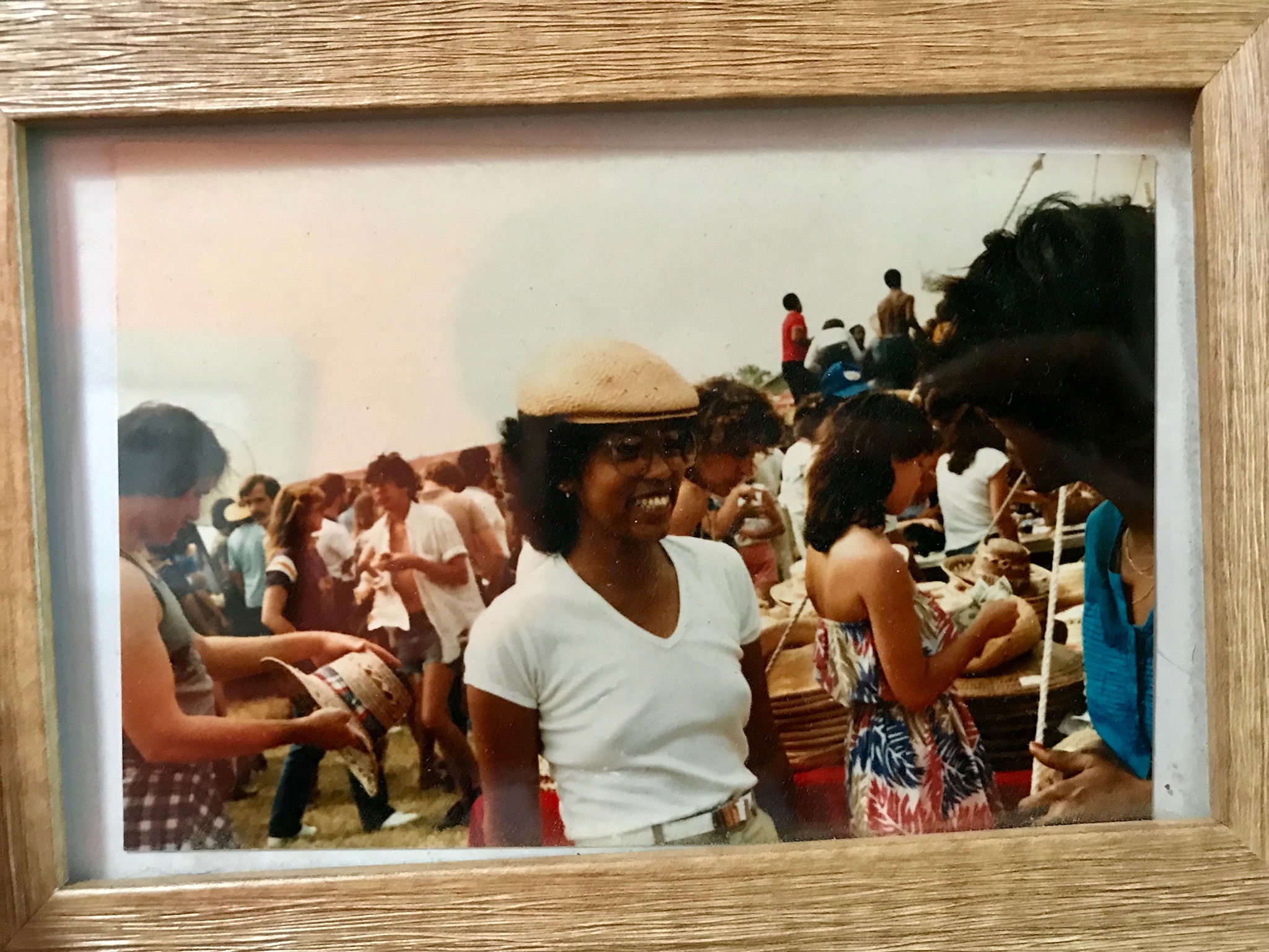 There is no explanation why it was her time. Yes, her death catapulted me into new things but God should have saved her, right? My righteous being should have saved this beautiful, incredible human being & allowed her to keep blessing the Earth with her presence. But instead He chose to take her & leave all the other shitbags in the world.

Sitting beside her bed & saying my goodbyes is when I lost my faith in God. Let's be clear, I still believe in Him but I no longer rest any power in Him. All that power & faith is now rested in my Momma & myself. Momma dying taught me I cannot put my energy into something I cannot see or hold. I've held & spoken to my Momma more times than I have the ball of light so that is where my loyalty lies. I may praise Him when something happens but now I think, 'wait, was that really Him? Either I made it happen with hard work, perseverance & promise or Momma is preparing me for something."

Now most of you know Matt & I wouldn't have met had she not died & that's very true. "Well that's God right there!" Is it, though?? We'd run MULTIPLE meets together for years & had never crossed paths. To this day, I still stay this was Mom's plan because she already approved of him.

Let me also be clear that I'm not bashing or saying those that fully believe are joking themselves because that's not it. Everyone has their own opinions & beliefs; these are mine. For a few years after her death, I was lost in every sense of the word. Yeah, I had Matt & a new life but I had no idea where to put my spirituality. I'd practiced for so long & had now completely stopped. As of a couple years ago, I've learned to put it out to the universe & I'm become WAY more open talking it up to Mom. If I want something positive to happen towards myself or my family, I do hope, wish & pray BUT I also work my ass off to achieve it with my own 2 hands. 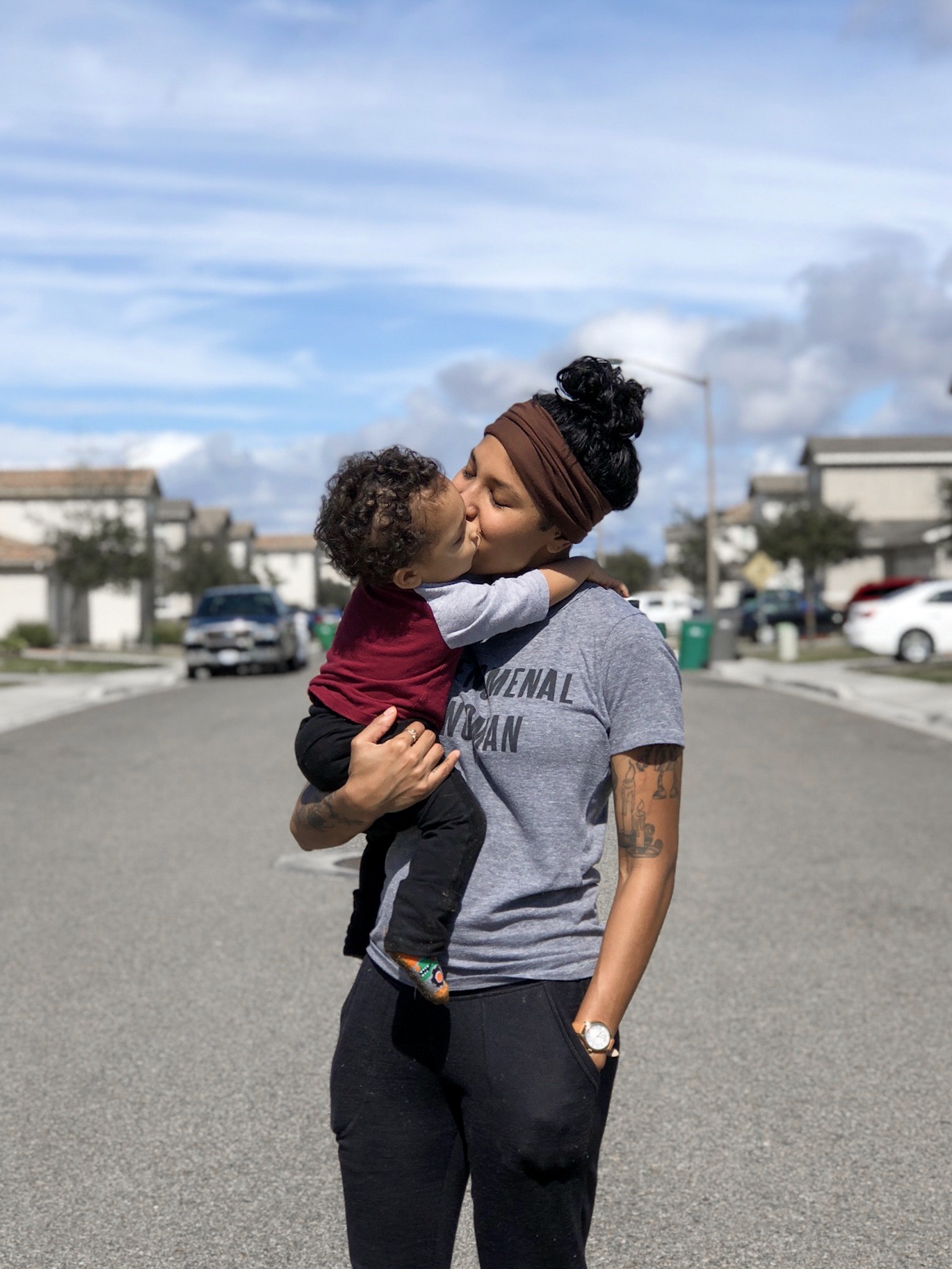 Things will fail you - that is a fact. But YOU have the power to help yourself as much as you can. If I've learned anything, it's to work to make things happen for myself rather than hope & pray. I may have lost faith in God but I gained faith in myself. I can achieve anything I want to happen - I just have to work a little harder & it'll be that much sweeter.