Ok so A LOT has been happening as far as Jackson's therapy. It's all still extremely fresh & new so Matt & I are still trying to wrap our heads around it but we understand it's part of our parenting & Jackson's childhood journey. 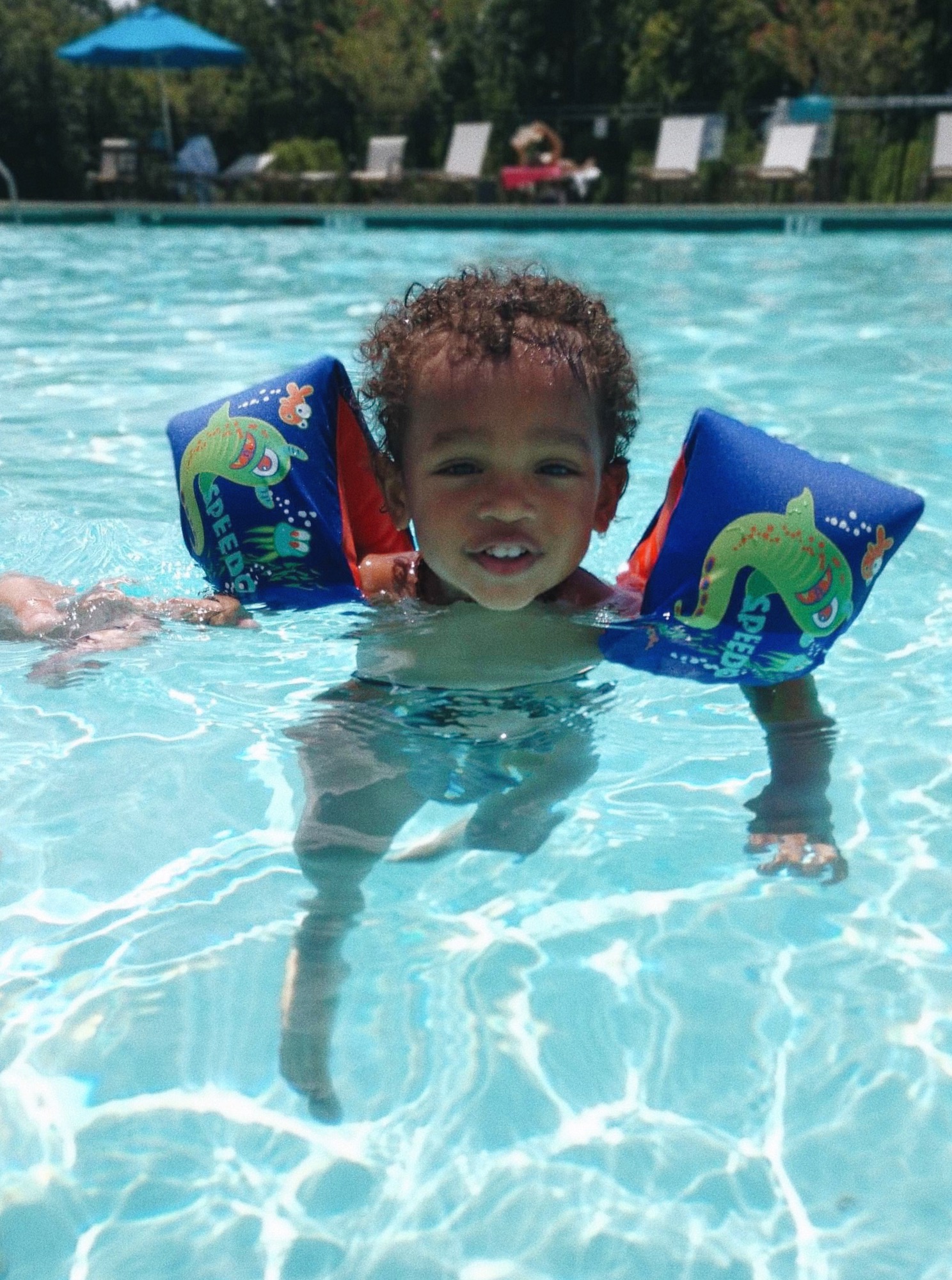 FOLLOWING THE INITIAL BABYNET EVALUATION, WE RECEIVED WORD THAT JACKSON WOULD BE ELIGIBLE TO START THERAPY WITH BABYNET'S COORDINATORS & THERAPISTS.

Since getting word, we've had 1 in-home evaluation & 1 autism screening. Thankfully, we were given feedback immediately following each meeting. After the in-home eval on Tuesday, we were told to look into speech therapy (which we assumed) & also OT (occupational therapy - adapting to surrounding environment & practicing appropriate play). Both of these therapies will begin at the beginning of September & take place in the comfort of our own home, which is probably my favorite part. 1 because it'll be Jackson's most natural environment & 2 I'll have 2 babies at the END of September. Not going to want to be packing up everyone multiple times a week. To be honest, OT wasn't even on our radar until Tamiesha, our coordinator/EI brought it up. In retrospect, it's obvious - J does play with toys but he doesn't play 'appropriately' with them. He bangs everything together.. & speaking of that.

WE'VE REALIZED HE HAS A SENSORY INPUT 'THING' - WE'VE LEARNED OTHER PARENTS REFER TO IT AS "SENSORY STUFF".

Please excuse my lack of proper terms - we're still learning this dialogue. But after our in home eval, we realized a lot of J's quirks are due to how he processes things. For example, he spins in circles & gives the most wicked side eye during. He RARELY stands still. I mean always moving back & forth, on the balls of his feet. He's constantly banging toys together or on tables. Given, all these examples are also examples of kids being kids. We 100% know this but what's causing concern for J is the excessive repetition of it. Since he was a nugget, he's favored large movements - being tossed in the air, big swings, any kind of standard movement. Looking back, it makes sense. Our new pediatrician explained it like he's trying to balance & navigate his surroundings by doing whatever he needs to ground himself. Makes sense! Everyone has their quirks. These are Jackson's.

FOLLOWING TUESDAY, WE ALSO HAD AN AUTISM SCREENING ON THURSDAY BASED ON MY ANSWERS OF 2 QUESTIONS DURING THE INITIAL EVAL: DOES JACKSON LOOK AT THINGS I POINT AT & DOES HE HAVE ANY REPETITIVE HABITS?

Like in my first entry, I had to remove myself from the equation & answer as honestly as possible - No, he doesn't look & yes he has repetitive actions. We met with Coastal Autism Division in Summerville where Matt, Jackson & Mr. Ray Brown (awesome screener) sat in a room & ran some kid tests with J. I watched from a double paned window (pretty much like a jail line up scene lol) because they didn't want any additional distractions for J. They tested his eye contact & responses with simple things like bubbles, snacks, puppets & cars. I couldn't hear much but it was definitely a weird feeling sitting in a different room watching your kid being evaluated like this. Afterwards, Matt & I had come to the conclusion we were at peace with whatever we were about to be told. Whether J would be "at risk" or not, we were starting the process early & that's all that mattered. Not 5 minutes later, Mr. Brown came out & informed us that he was ruling Jackson as at risk for autism. Not gonna lie & I can't speak for Matt but my heart skipped a beat. I know this wasn't a diagnosis but it was still almost a worst case scenario for me. NOT SAYING HAVING A DIFFERENT KID IS BAD - I JUST WANT TO BE CLEAR. To me, this meant all future parenting to Jackson would be even more different than a majority of other families. Not that first time parenting isn't a juggle on it's own, but having a non-verbal/non-communicative first child tossed it up even more.

Since then, Matt & I have had NUMEROUS conversations about what's to come - different therapies, how will will change once Miles gets here, what else can we do, how are WE as his parents dealing.. ALL OF IT! I'm not gonna lie - it's heavy as shit but I'm also reminding myself this is NOT a worst case scenario like I initially thought. My biggest effort with Jackson has always been to make sure he is a happy kid. & he always has been! We did have some concern after the 'at risk' eval because we were told to try to stop all his repetitive habits - basically the things that help ground him & keep him happy. For a few days, we had a MISERABLE kid, therefore a miserable household. But after thinking about it, they weren't ALL the things J loved. He loves being outside, being in the water, certain foods, etc. We simply try to replace his habits with new ones - makes sense!

Now comes the therapies & new routines. Luckily, Matt & I are the kind of people that accept change rather than fight it so we're taking this home eval after home eval. We're still learning all the acronyms, phrases, who works with who & all that jazz so I'll do my best to break it all down with a glossary [for my own sake LOL].

I'm debating on making a separate entry on how Matt & I are processing & communicating with each other throughout this journey. Would anyone be interested in that sort of thing??

For any parent out there who find themselves in the same boat as us or just going down a different parenting routine that is extremely unfamiliar, I ask you to remove yourself from the situation & really put your kid first. If you see the signs, if you have concerns - speak up & do whatever is needed for your babe. Nothing new is discovered or helped by staying quiet or second guessing.

I started out very ignorant to this process - so sure Jackson would come into his own when he was ready & I still think that! But I'm also realizing he needs some assistance in that journey AND that's it's also no one's fault. "Matt & I fail short at parenting & as a result, our first born is in therapy." No, that's not how this works. If anything, we've been reassured how great it is that we're starting him so early rather than later.

Each of these entries about Jackson's progress [at least for the next month] will be PACKED with information for both curious parents & myself as an electric journal to keep track. Also a reminder - this was all launched into motion from Jackson's standard 18 month wellness check with a Naval pediatrician. His next standard check up is at 24 months, like other kids.

I'll me making another post this weekend after we have 2 more meetings - 1 ABA in home eval & a follow up with our EI (look at me using acronyms like they come out naturally lol. Feel free to continue reading along our journey to stay informed or if you're just nosy. Just trying to keep it real out here :)